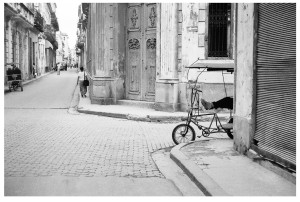 The rockiest part of our journey in life is when we find ourselves standing at the intersection of hope and intuition. We hope for a lot of things to come our way–prosperity, a happy family, true love, etc. And as we go about pursuing these things, excited by all of the possibilities, one thing keeps us going–the power of hope.

As the proverb goes, “Hope deferred makes the heart sick, but when the desire comes, it is a tree of life.”

But something else lives inside of us, which occasionally stands at odds with hope. It’s the intuitive whisper that speaks to us, often in our most vulnerable hour, telling us “Friend I know that you hope that this will work out, but I’m afraid it is not in your best interest.”

We flick it away, drown it out, do whatever we can to shake the noise of our intuition, justifiably so. We have hopes and expectations that are bigger than anything, and damn if we’re going to let some nagging hunch get in the way. I get it.

Years go by, disappointments stack up, and yet we keep going rarely stopping to listen to this voice that has merely been trying to clear the roads and keep us safe.

Have you ever been at a crossroads where your hopes were taking you one direction, while your intuition was clearly saying “Friend…we need to go this other way.”

Not too long ago I stood at this very intersection, facing two paths, one of which I wouldn’t dream on anyone.

My hope was that my marriage, which had been on the rocks for years, would heal. I hoped that the affair my ex had would just go away, that he would find a perfect job, and that we would raise our kids peacefully.

The truth, however, was that it wasn’t going away. The lies, the contempt, the cheating would not go away. The only thing that would certainly disappear if I stayed in my marriage, was my health and my joy.

The hardest part indeed was letting go of all that I hoped for–the picturesque marriage, the happy kids, and white picket fence. But sometimes hope is blinding. Yes, we need it to survive, to carry on in difficult times, but we also need the protective guidance of our intuition, which could very well save our lives.

I honor and appreciate all of you who might be at this same intersection. Who might be holding on to the hopes of a better tomorrow. To that I say carry on friend.

If however, there is a voice that’s been brushing up against your ear for a while now, telling you that something’s not right, that this doesn’t feel good, then perhaps it’s time to pull the veil of hope from over your eyes and listen to the whisper inside of you. I’m by no means saying to suspend all hope.  I’m saying that perhaps it’s time to hope for something even greater.

Is there something that you’ve been ignoring for some time now? A voice, a hunch, a wise bit of advice? Simply start by acknowledging it. Let’s get brave and open about this. Leave a comment below.

Want more of this?

Sign up to receive your FREE Guide and weekly updates!